Snakebite victims don’t live in big cities, but in semi-rural to remote villages. They are farmers, children and homemakers going about the struggles of surviving daily life in locales described simply as ‘raw mother earth’. In reality, city dwellers typically have no idea the people growing their food are living amongst a crisis. Living in remote areas makes getting to treatment difficult. When a victim finally does reach a hospital, many times antivenom isn’t available. A shuffle from hospital to hospital is common. Treatments lead to debt and selling off anything of value. 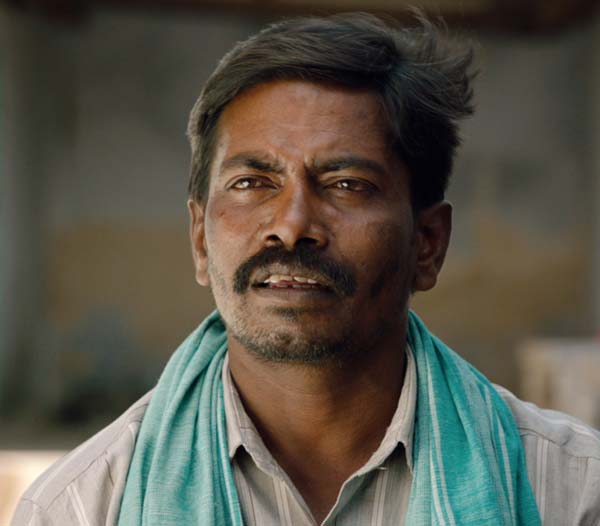 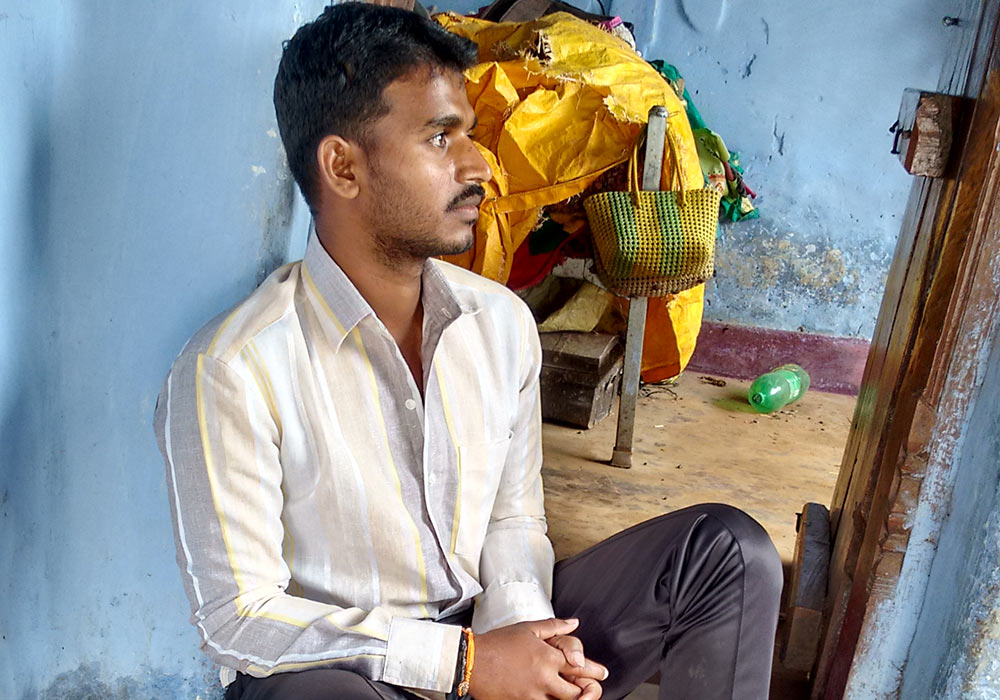 Our crew spent the better part of three days filming at a hospital in southern India specializing in snakebite cases. Satisfied with the footage we had acquired, the crew returned to their hotel to pack gear, ready to return to the states. And then the phone rang. A bite victim was on his way from a nearby village, having been bitten by a Russell’s viper on his dark walk home from work.

Periyasamy arrived at TCR Multispecialty Hospital, along with a flurry of relatives toting the dead snake. Immediately, doctors began administering ten vials of antivenom to this alert and healthy young man. Within minutes, he went into what likely was anaphylactic shock, sometimes the case with Indian antivenoms. Staff quickly put Periysamy on a ventilator to protect his airways and assist with breathing, a common practice for fast-acting neurotoxins associated with Russell’s viper venom. He remained sedated long after we departed, being released after ten days and a bill of more than $1,500 U.S. Return visits would be mandatory.

The Ripple Effect: Six months after Periyasamy’s release, we asked Manoj, one of the doctors who treated him to check on his well being. The photos we received showed a smiling and healthy looking Periyasamy – erasing the last image we had of him full of breathing tubes. Psychologically speaking, Periyasamy was not well. He had yet to return to his job as a baker, fearing the walk along local roads would expose him to perhaps another encounter with a snake. His wife, crippled since childhood from polio isn’t able to work. Making a dent into his treatment debt may take years to tackle. 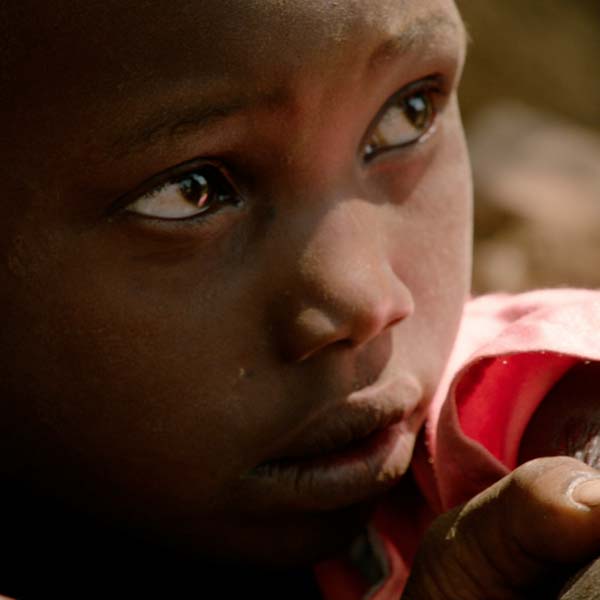 A lengthy hike deep into the steep and remote Kenyan hill country lead us to seven year old Chepkomen. The trek alone proved strenuous for our able bodied team and painted the picture of what the family endured to seek treatment for their daughter. And not just one bite, but two, both on each hand, a little more than a year apart and before this little girl had even turned six. Each bite saw one parent running with Chepkomen on their back for several rocky kilometers, while the other ran ahead to flag down a passing motorist.

The second bite happened while Chepkomen was standing around the fire as her mother cooked the evening meal. By the time they reached hospital, her head and chest were swollen. Chepkomen remained in the hospital ward for four months, receiving extensive skin grafting to her left hand. After the operation, her hand contracted backwards and is deformed to this day. When we visited, her resilience shown bright, playing with rocks and sticks with her siblings as if these two traumatic events never happened. How she will cope as she grows older can’t be known.

The Ripple Effect: Economically, Chepkomen’s family was crippled. With treatment costs totaling $1,300 U.S., her dollar-a-day earning father sold his entire herd of goats. Today, he has no real source of income, only occasionally selling charcoal. When we parted, Chepkomen’s dad still had many hundreds of dollars of loans to pay back to kind neighbors who chipped in during treatment. 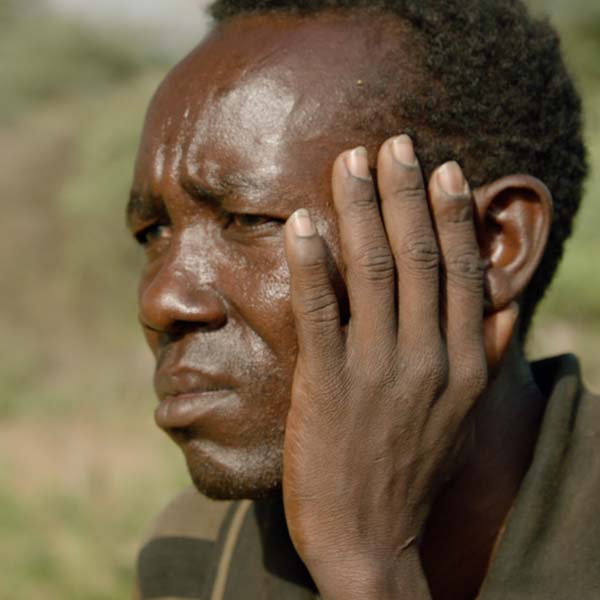 Kases lived in the remotest of villages of any victim we encountered in any country we visited. His story is much the same. A bite, many years ago while herding his goats, goats sold, no income to pay for continued treatment. Had Kases had the money to become whole again, it wouldn’t have mattered. He lost faith in the medical system and believes snakebite victims aren’t on the radar of his government at any level. Adding to his beliefs, walking three hours through Kenyan scrub brush was unbearable and out of the question.

One the day we arrived and met Kases, his ankle wound was clearly infected, unlike anything we had seen. He wasn’t feeling well as he stood with the aid of a walking stick, sadly gazing on at a neighbor herding his goats. That was once his job. We’ll never forget one thing he said to us over and over. “If the government was concerned with us, my leg would be healed by now. If you’re bitten in the valley or in the forest, you must scream at the top of your voice if you want to be saved, or you will suffer.” His despair weighed on us all night.

The Ripple Effect: Two days later our crew was able to get Kases all the way back to Kabarnet hospital to have his wound checked. The physician on duty agreed. Kases was suffering from septicemia. A serious infection, with chronic ulceration. Had he not been brought to hospital, the doctor was convinced Kases would have succumbed to his wound. The story from here would breach patient privacy. We do know Kases was treated in the hospital for 49 days with hopes of getting a skin graft. We last heard he became impatient and returned to his village to be with his family. And that’s the last that we know. 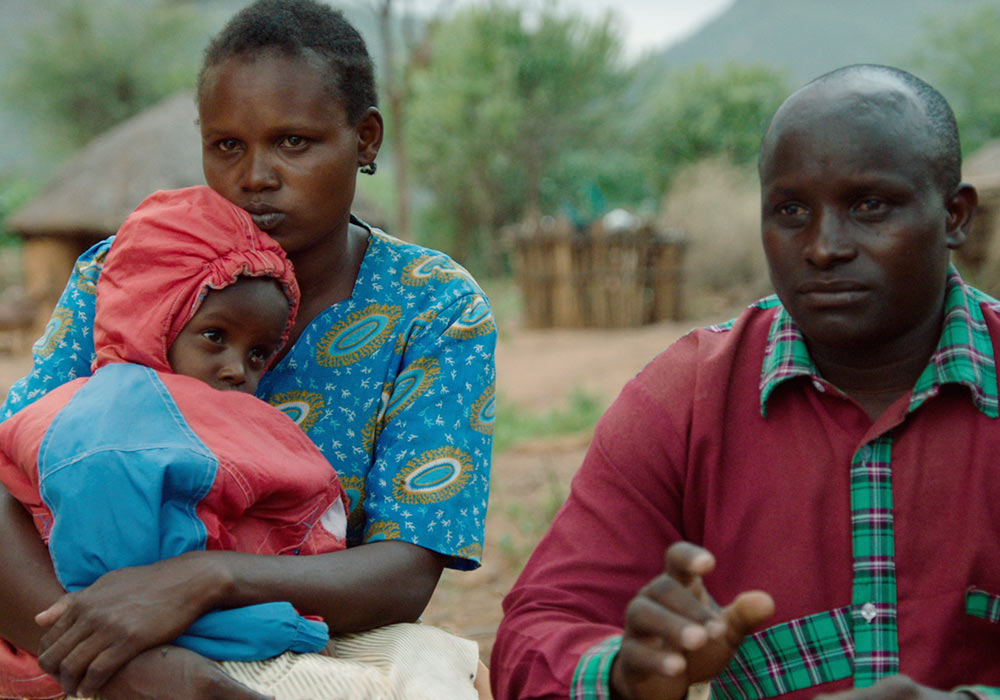 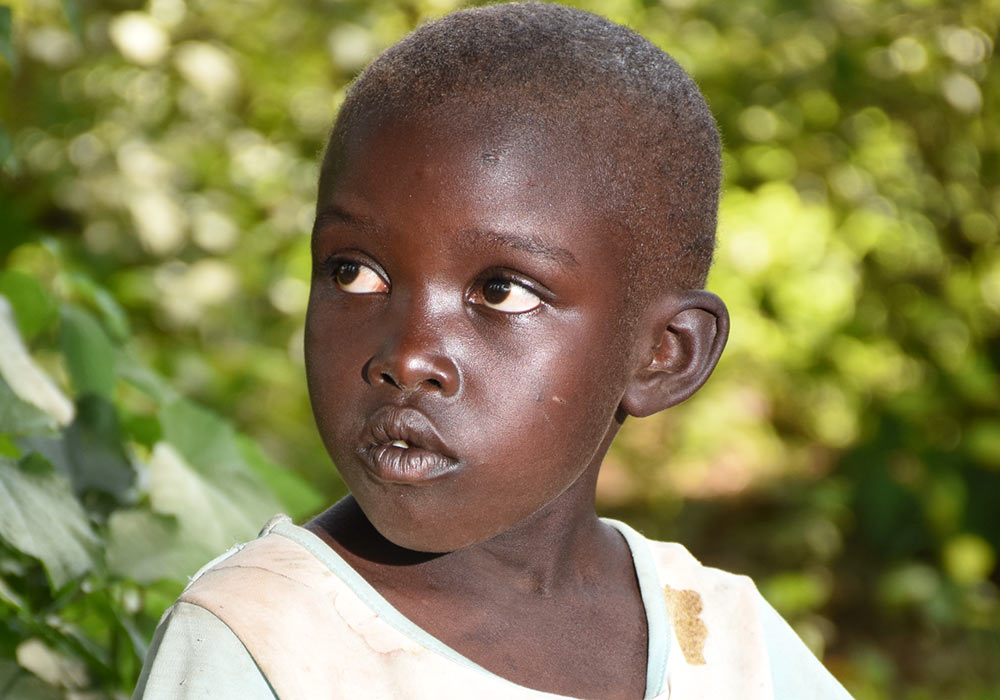 On our first day of filming, the wailing coming from the youth ward at Baringo Counties Kabarnet Hospital was overwhelming. Young Kamket had returned for her biweekly series of wound cleanings, which would hopefully lead to a successful skin graft. We learned very little about her on that day, short of the memories of a graphic open wound to her right leg and the tears streaming down her scared face. While we continued filming in another ward, we would never see her again, but after months passed and we had returned to begin production, we kept seeing Kamket on our monitors and always wondered. We had to know

It took moving mountains and our wonderful team of Kenyan production assistants and hospital staff to track her down. It was a Monday morning as we anxiously sat in our northern California office waiting for word. Late in the day our Skype rang. A smiling Benta in all her giddiness proclaimed the mission was successful and she’d stay up all night to upload photos. Little Kamket and her mother it turns out are nomadic, living several hours into the wilds of nowhere. They move around to different villages, which made for a long day of chasing leads and villagers pointing “no go this way or that way”. The family was overjoyed with the feeling that someone cared enough to see how she was. Kamket is thrilled to be back home with friends, but unable to run and play at the same level before the bite. The skin graft was a success. A rare story of a dedicated mother traveling for hours to seek follow-up. A poster child story for snakebite victims if there ever was one.

If you do just one thing today

Give a voice to the voiceless

Those who live with the daily consequences of snakebite would be grateful if they knew people oceans away cared enough to change their lives. Right now, they think no one is listening.